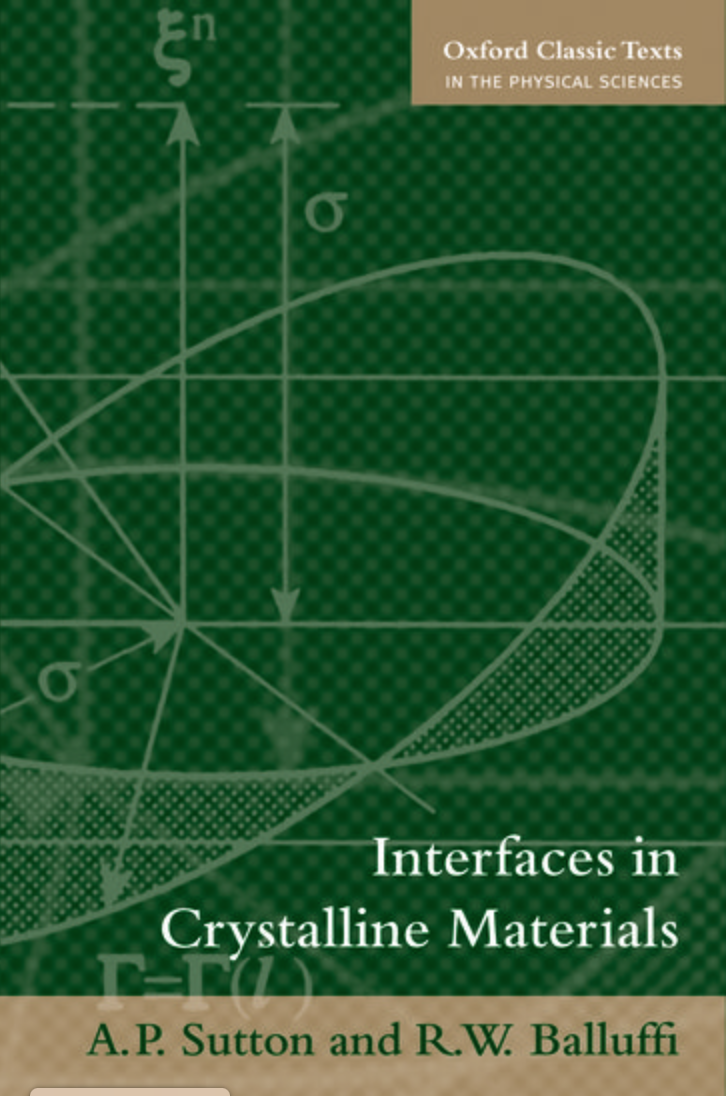 It took Professor Robert Balluffi at MIT and me six years to write this book between 1989 and 1994. First published in hardback and paperback by Oxford University Press in 1995 in the series Monographs on the Physics and Chemistry of Materials, it was reissued by OUP in 2006 as a paperback in the series Oxford Classic texts in the physical sciences. In 2016 it was published in Chinese by Higher Education Press in Beijing.

Available in paperback from OUP.com (print on demand)